Rocki Robot Keeps you close even when you cannot be there

The last 8 months or so I have been taking care of a trio of cats. And in some cases finding the two lost ones, but that’s a whole different story! With both of their owners deployed overseas, I would stop by as often as possible to make sure they had food, water, and love. However, keeping track of these wily kitties has not always been a simple task. Luckily I got Rocki Robot to help me keep track of what is going on when I can’t be there. It’s a pet’s best friend!

Disclaimer: This review was done by team member Emily. She was provided product in exchange for her honest review. All thoughts and opinions expressed herein are her own and were not influenced by the developing company and/or its affiliates in any way.

Most of us who have pets absolutely hate leaving them alone when we have to go away. But sometimes it is inevitable. Hopefully we can afford a pet sitting service or have a friend stop by to check on them, but that is never a guarantee. What’s great about this robot is it gives you peace of mind so you can check on them, play with them, and even feed them while you are away.

Most long distance pet care products do one thing and one thing only. I have seen special cameras that allow you to see and even talk to your pets while you are gone. I know I always leave toys for my pets while I am gone so they can stay entertained, but I have no idea if they use them. And generally i leave a gigantic bowl of food that will last them at least a week and plenty of water all over the house.  Rocki Robot does all of this in one compact way.

So the three cats I’m watching over are three mischievous imps. When I first started caring for them, I discovered two missing through a window screen and spent the next two months working to get them back into the house. Their parents left each with their very own automatic feeder but it only took them a couple of month to figure out how to open the tops of the feeders to get at ALL the food.

I was desperate to figure out how they were pressing the latch, and lifting the lid, and pulling the rotating feeder tray out of the base. Since cats are mostly active at night, I figured that was the best time to check the camera and see what they were up to. Sure enough, I caught one kitty lifting the lid as I turned the camera on. I used the mic to call his name and he instantly dropped the lid in shock and looked at the camera.

While it may take some time for pets to get used to the robot, it is fun! Rocki comes with 2 different toy arms that attach to the top of it’s “head” and even allows you to move the toys around by moving Rocki OR through rotary movement of the toy itself. One of the toys is a typical wire type toy with fun things dangling at the end. I jingles with a bell and the cats like to chase it around.

The second toy is a laser and these cats go CRAZY for the laser arm. You do have to bend each to dangle or point the arm in a good place. The laser I have pointed on the floor, but a few feet in from of the robot, so when I watch through the camera I can see them chasing it around on the floor or when they get in front of it and get confused when it’s on their side. Now when the hear the robot moving around, they come running to it!

Rocki Robot has a multi-partitioned food or treat dispenser built-in. Simply take the top off with the two side buttons and load the dispenser up!  Each partition doesn’t hold a ton of food or treats, but it was more than big enough for three largish Greenie Cat Treats in each section. It could easily hold a small partition of kibble as well. There is a button on the back that you can hit while you are getting pets used to the robot and the sound of the treats being dispensed, to dispense the food. Once they are used to the robot, you can send treats out through the app!

Don’t Forget to PIN it!

These three cats were so curious about Rocki from the moment I brought it over. Even once I powered it up and moved it around the cats were more curious and approached it than scared. I know *my* cats would be terrified and run away at the first sign of movement. So yes, for some pets, it is good to let you pet get used to the robot. What it sounds like when it moves and when you talk through it can be startling at first. Use positive reinforcement with the toys and feeder to encourage your pets to like the robot.

Now these three cats live in a split level house, which makes it a bit trickier. This Robot cannot navigate stairs very well, if at all. However, the Mecanum wheels that allows Rocki to move in any direction without turning, and to easily navigate changes in flooring, bumps, and rugs with ease. The camera can also adjust a bit and it’s easy to move from watching the kitties’ food into the bedroom to find them under the bed.

Treat your dog with these Homemade Dog Treats that are SIMPLE! 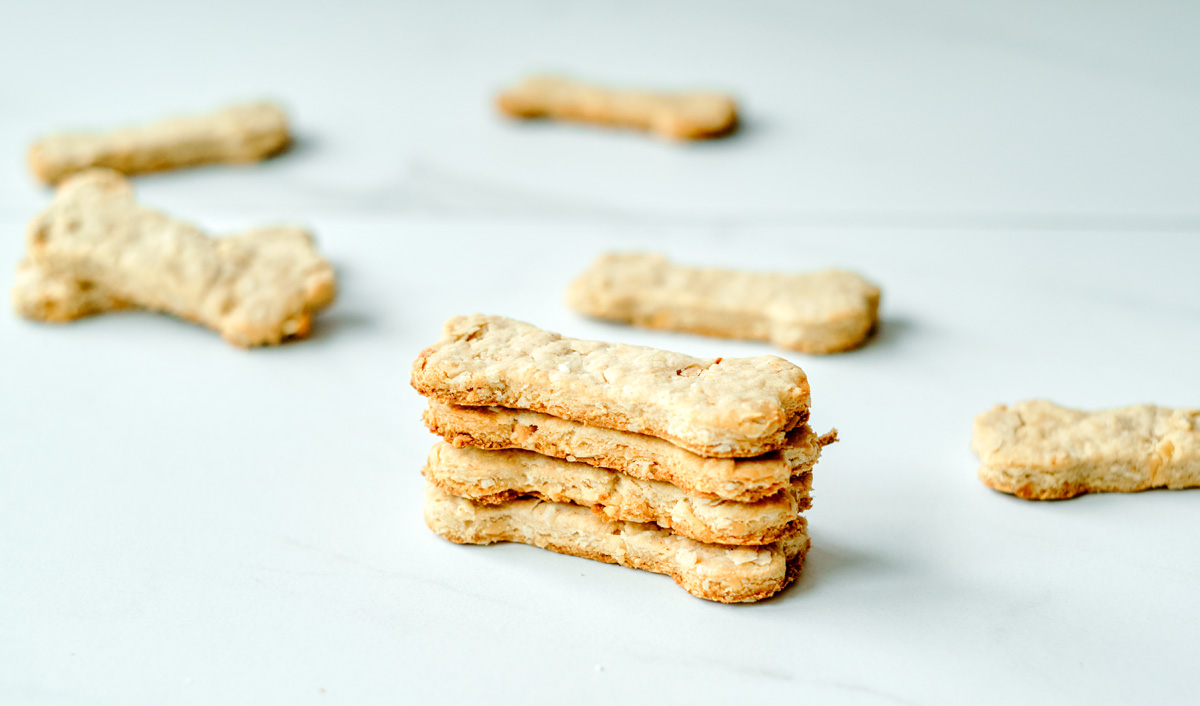 Your Pet’s Best Friend from Afar

What is great is that the kitties’ parents can log into the account as well. They can interact, play with, and treat their cats all the way from the “Sandbox”. These cats are their babies and this gives them a way to regularly interact with their beloved fur babies. And they can make sure they are being taken care of. It gives them peace of mind and keeps their pets close.

The battery in Rocki lasts long enough for 5 hours of continuous non-stop use. It’ll last for 5 days on standby. So when I check in and play for a bit, it easily lasts a few days. Once it dies, is usually right around the time I need to visit and top of the food anyway. It takes a few hours to charge. So, I do have periods when I can’t use it as it will not turn on while it is plugged in, for safety. So the next time I visit, I simply unplug it and make sure it’s good to go for the next few days!

Peace of Mind for Pets

When I first got Rocki, I was worried that the cats would be scared and not adapt to it. I was pleasantly surprised when they immediately not only took to the robot, but loved getting the treats. And playing with the toys. This quickly and easily became these pet’s best friend. It has worked out well for me, making sure the cats have adequate food, water, and interaction. Rocki Robot is wonderful for the actual owners to be able to also keep track of and check in with their pets.

Emily is a single mom to 3 young kids currently living in Kansas. A "jill-of-all-trades" she really loves learning about anything, writing in all genres, hot and iced tea, and anything artsy. Her kids are her world and she is doing all she can to not only get by but support them in all their endeavors in life.

1 thought on “Your Pet’s Best Friend Keeps Them Happy”

We love summer but it can be too 🥵 so in order

If you're headed to or going to be anywhere near

If you are going to be anywhere near @visitpentict

🍓🍋 Bars are made with sweet strawberries and

We had an amazing dinner tonight @eatatelma here i

Just a little #waterfall we came across while exot

Enjoying my beautiful view today at our #Airbnb wh

These Vietnamese Lemongrass Chicken Skewers are so

Easy Food Prep With A Spice Grinder Do you have a

Yep more #kittens that were #rescued by @threelitt

Bottle fed kittens with the rescue I work with. So

As promised a #recipereel for our Peruvian Chicken