Enjoy this Pho Ga Recipe (Vietnamese Chicken Noodle Soup) which is all about the flavourful broth. This Chicken Pho is not a starter soup, it is a meal. Add the toppings to enhance the flavour of the broth and you’ve got a scrumptious meal that makes this Vietnamese dish a family favourite.

Star anise is for decoration only, don’t serve it with the soup.

It’s chillier weather time so it’s the perfect time to pull out the slow cooker/crockpot and start making some belly-warming tantalize your tastebuds soup for the fall and winter. We think that this Vietnamese Pho Ga recipe is the perfect meal on a chilly day but then we’re biased when it comes to this delicious chicken soup.

Disclosure: I am participating in the Chicken Farmers of Canada campaign managed by SJ Consulting. I received compensation in exchange for my participation in this campaign. The opinions on this blog are my own.

For those who don’t know I’m going to do a short background introduction about my family roots. Don’t worry you’re not going to get the long version and my whole family history. Did you know that my mother was Vietnamese and I was born in Vietnam? Yep all true but we came to Canada when I was only three so while I’m Canadian through and through I appreciate and honour my Vietnamese heritage.

We love our Vietnamese food and the more we can make at home the better although we do like to go out for Vietnamese too for a night off from cooking.

What is Pho Ga?

Chicken Pho is called Pho Ga (Ga is for chicken) and it’s an unassuming looking broth but with the herb-infused flavours there really is nothing that compares to pho. If the broth isn’t full of flavour it’s not a great pho. All on its own it should be aromatic and flavourful without being overpowering. As mentioned earlier when it comes to pho whether the original beef pho or chicken pho (pho ga) it’s all about the broth. That’s why Pho is a meal, not a starter soup, your bellies will be full and your tastebuds will thank you.

What toppings go with the Pho Ga Recipe?

If you’ve ever had Pho at a restaurant most likely you’ve experienced how it is accompanied by some toppings if you will. At the restaurants, we’ve gone to here in Metro Vancouver and similar to what I had growing up at home the Pho Ga recipe or even Bee Pho is served with a plate of “toppings”. The most common toppings are pictured above and they are:

What is Thai Basil?

Thai basil has also been called anise basil or licorice basil, which is in reference to its anise and licorice-like scent and taste. It’s not the same as Western strains, it’s pretty much the Asian version of Italian basil. While it has a subtle anise flavour, it does taste like basil but with that difference in flavour. It’s not a strong anise-flavour just enough to enhance the pho in my opinion. Even though it is called Thai Basil, it’s used all over South East Asia.

Before we forget make sure to PIN this recipe so you can find it whenever you need it!

Let’s get on to this fragrant and delicious recipe shall we? Make sure to check out our tips for how to make the Pho Ga recipe from what noodles to use to other tips to make it the best Pho Ga ever.

Toppings - Add the ones you want

Remember this Vietnamese Pho Ga is a meal not a starter soup. So use big bowls and add a generous amount of broth, it should cover the noodles entirely and touch the bottom of the toppings.

*You can make the chicken stock from scratch if you don't want to use store-bought stock. To do that you can use a whole cooked roasting chicken but just the carcass. Add the cooked chicken meat during the last hour to infuse some of the broth flavour.

You can also use skinless bone-in chicken thighs about 2 kg/4.4 lbs to create your own stock. Some people prefer this meat. I like either one so it depends if you like chicken breasts or chicken thighs more. Thighs will have a different texture too but it's all good.

You can make the broth and freeze for up to 3 months, or refrigerate up to 5 days. Reheat until it's piping hot. Do not scoop off chicken fat that thickens in fridge - it's essential for flavour in the broth.

See how easy it is to make the Pho Ga broth? You just put all the ingredients in the slow cooker and let it do its thing. The broth should be a light-medium amber colour and should be clear like in the photo below.

For the fresh herbs like Thai basil, green onions and mint make sure they are fresh and not wilting, quality matters. That brings us to our chicken too, we always buy chicken with the Raised by a Canadian farmer logo on it just like the one below. There are so many reasons why you should buy chicken with this logo and I will share a few of those reasons. First though if your local store doesn’t carry it, talk to a manager and ask them to bring it in! 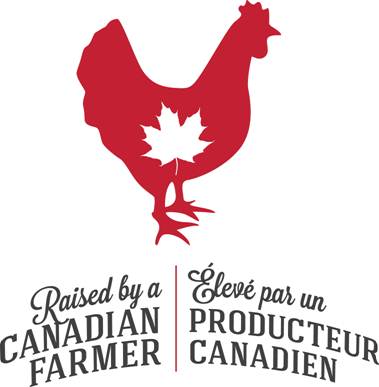 Canadian chicken is a healthy choice that it’s grain-fed, free of added hormones and steroids, and raised right here in Canada according to nationally-set, high food safety and animal care standards.

Check out some of our other delicious recipes in our Recipes section! Here are just a few of our tasty recipes to try:

See how tender the chicken looks? It is very tender and is infused with the broth flavours. So yummy it’s one of the most flavourful soups out there. If you haven’t had pho yet now is the time to try it. This Pho Ga Recipe is easier than Beef Pho as you need certain beef bones for the Beef Pho. You’ll love the flavours of this chicken Pho.

If you’re looking for more Slow Cooker recipes make sure to stop by Chicken.ca as they have a ton of recipes in all categories including for the slow cooker.

Here are just a few of their slow cooker recipes:

Now the #Crocktober giveaway we promised!

Enter on the giveaway tools widget below.

More info about Chicken Farmers of Canada can be found HERE 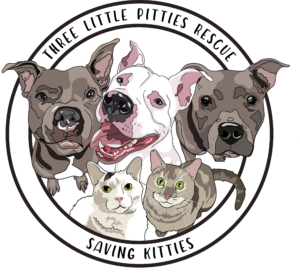 Brrr I don't know about you but here it's 🥶 out

As promised here's our #BuffaloChickenSliders #rec

🎉🎊 I'm thrilled to announce that for a 7th y

This Easy Oreo Poke Cake Recipe is perfect for pot

Do you love Black forest cake? You’ll love this

Another beautiful but 🥶 day. It's sunny though

My niece is visiting from Texas. So for 2 nights I

We love this easy Chicken Queso Blanco Dip😋. It

Our #ChristmasTree is finally up. I had wanted to

It's the holiday🎉 season which for many means a

This colorful and easy Grinch Fudge is a fun, no b

Love cinnamon rolls and waffles 🧇? This is the

An oldie but a goodie for the holiday season. This

@vichylaboratoires sent me this wonderful set of N