Powered by Mom received tickets for Stars on Ice but as always all opinions are 100% my own.

Powered by Mom Blog shares her family’s amazing experience at Stars on Ice!

On May 15, 2014 we had the opportunity to see Stars on Ice at the Rogers Arena here in Vancouver thanks to Jergens Canada!. I can’t believe that I have never attended a Stars on Ice before, we have been missing out! My hubby and daughter went with me of course and we were also able to take two of my daughter’s best friends.

Lucky hubby he had to escort me and three 12 year old girls, he wasn’t overly thrilled about having to attend. My hubby kept asking if he had to go and I said yes of course you’ve never been to one either. Well whether he likes to admit it or not my hubby did enjoy, I loved it and even now two weeks later my daughter and her friends are still talking about it!

Yes we were this close when we took the picture we had fabulous seats!

My daughter had some knowledge of who Tessa Virtue and Scott Moir were and Patrick Chan but she didn’t know a lot about them or any of the other skaters so I don’t think she knew what to expect. Once the skaters started to appear on the ice my daughter and her friends were mesmerized from the beginning. From the first jump to the last spin I could hear gasps of awe, giggles for some of the more comedic performances and whispers between the girls from the gorgeous costumes of some of the female skaters to how cute some of the guys were and how cool that they could jump like that. They were particularly amazed when some of the couples like Tessa Virtue and Scott Moir when the ladies would be thrown in the air and yes landed those jumps.

I also kept sneaking glances my husband’s way and caught him smiling and even a wow for some jumps made by Patrick Chan, laughter at one of Kurt Browning’s routines as only Kurt can do. My daughter was also immensely impressed by Kurt after his first solo routine proclaiming that he was her favourite. I thought this was quite cool that Kurt who is in my opinion one of the top male skaters ever and an amazing entertainer continues to awe generations of fans old and new

We all were laughing quite hard and thoroughly enjoyed the routine with all the male skaters dressed in colorful costumes. It was a fun and cute routine. Can you spot who’s who in the picture below? hint Patrick Chan is wearing green 🙂 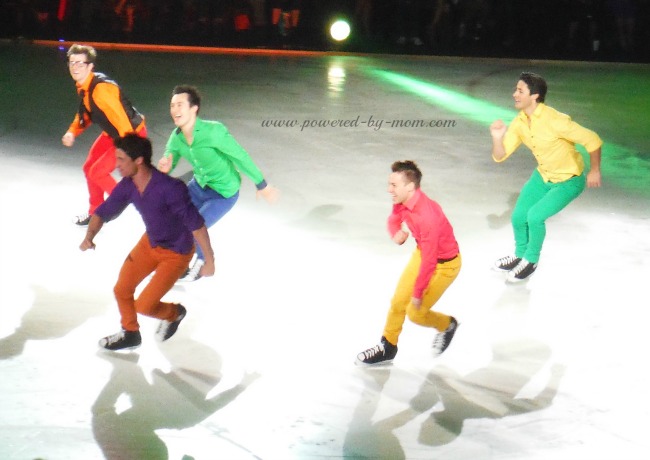 Stars on Ice was amazing from start to finish and as you can probably tell from our pictures we had fabulous seats! We could see the expressions on the skaters faces which just adds that much more to the performance, they are all amazing artists. When (not if) we go again I know it’s worth it to pay a bit extra for those seats

The fun did not end with the show it continued at a special reception in the lounge at Roger’s Arena where wait for it……we got to meet all the skaters. They came to the lounge for about 30 minutes and the guests at the small reception had the opportunity to get autographs and pictures taken with the skaters. Talk about an amazing and memorable moment for the girls, they were over the moon. I only wish we had brought a better camera with us, we’ll know in the future.

Here is my daughter and her friends (my daughter is the shorty in the middle – can you believe all 3 girls are the same age lol) with 2014 Olympic Silver medallist pair Tessa Virtue and Scott Moir! 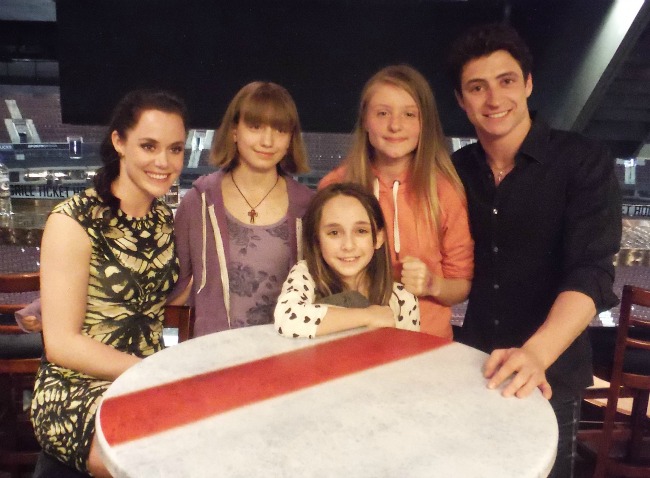 My daughter who is not normally shy suddenly was all giggles and less talk every time she went up to one of the skaters they were now like movie and rock stars to the girls LOL. ALL of the skaters were extremely nice to everyone especially the girls and took the time to chat with them. Kurt Browning gave my daughter a little extra special attention especially after I told him she said he was her favourite of the show. Shh he promised not to tell the other skaters.

As you can see here my daughter with Kurt Browning she is all smiles. She is literally over the moon!

My daughter, in addition to having pictures with all the skaters also had them all autograph her jacket, this is one fabulous keepsake for her. She’s already promised that she is never ever going to wash this jacket lol. 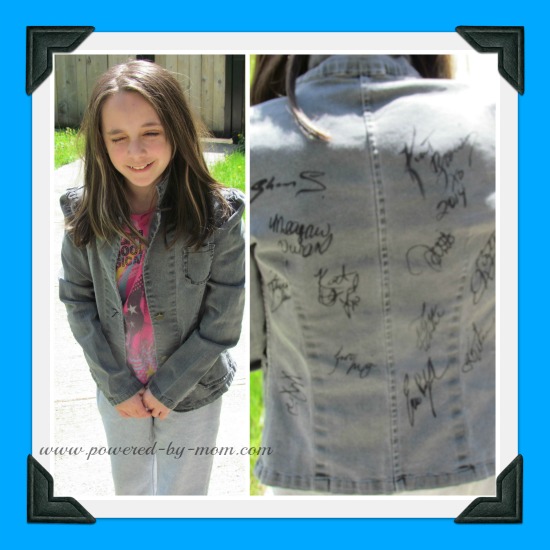 Stars on Ice will be a memory that all of us will enjoy for years to come and it gives us motivation to see it next year to see what they have in store. It’s well worth seeing this show for the amazing

athleticism and artistry combined. Seeing our favourite skaters from Olympics past to present was just a unique experience that I know we will all treasure. I have to admit that I was personally thrilled to finally see Kurt Browning skate in person instead of on tv! I’ve watched him and rooted for him at every Olympics and Worlds since I was a kid. He is my favourite as well but they are all truly Stars on Ice! Thanks Jergens Canada for sponsoring this event as if we needed another reason to love Jergens! 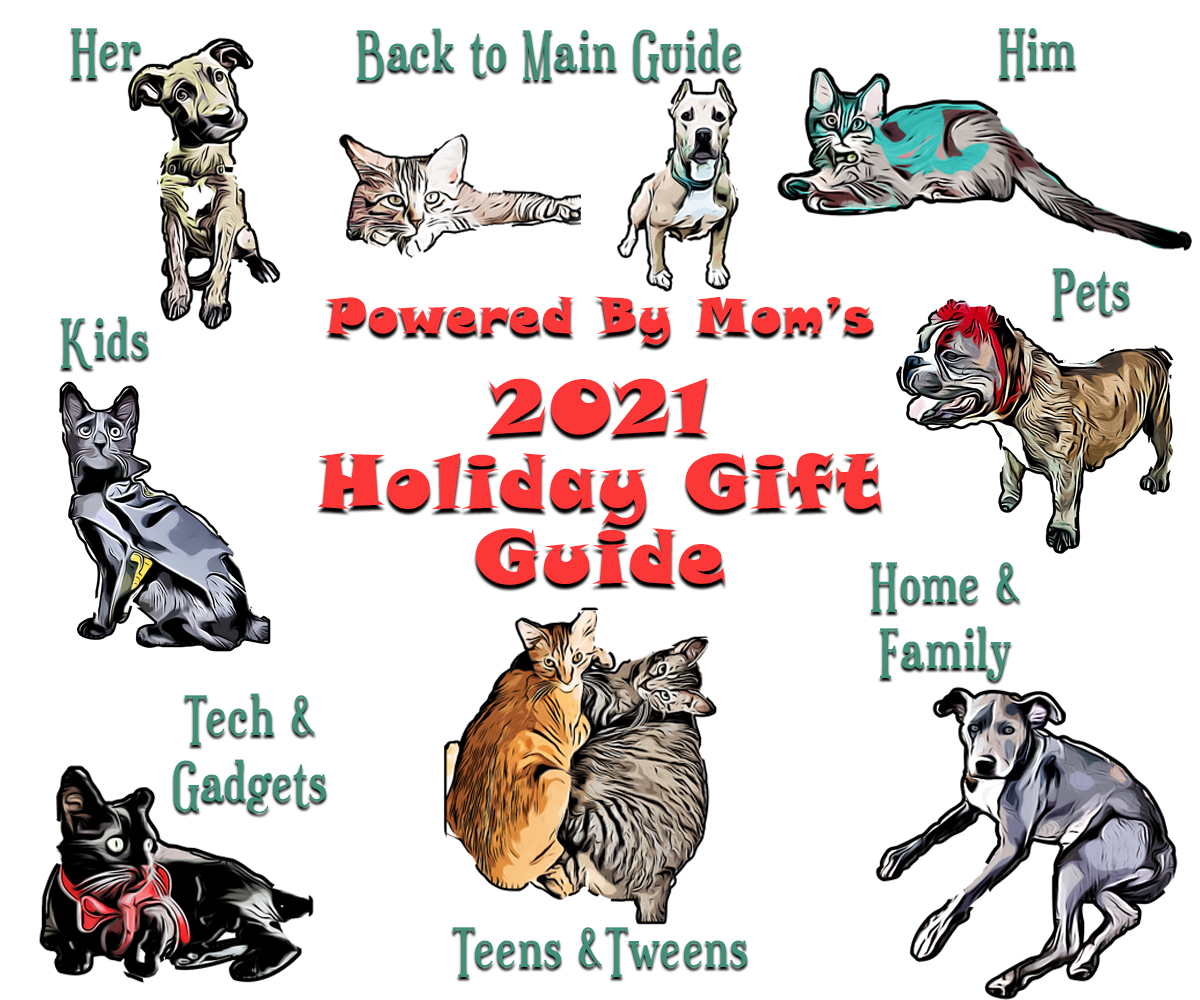 Another oldie but goodie our Raspberry Peach Frenc

Here's another recipe we're bringing out of the va

Another oldie but goodie that we haven't shared in